Located at the junction of China’s major railways, Shijiazhuang has developed to be a major industrial city in Northern China through its 100 year old history. Originally a major agricultural center known for the production of large quantities of grain, Shijiazhuang rapidly transformed into a mega industrial hub that is home to China’s largest pharmaceutical base. Additional industrial capacities include textile, machinery, electronics, food, manufacturing, and logistics. The explosion of industrialization and urban expansion in the recent decades boosted its population to reach the 10 million mark.

Unlike most industrial legacy cities, Shijiazhuang has continuously invested in extensive transport, housing and utility infrastructure. Transport investments prioritized rail, air and underground transportation. Completed in 2012, the Shijiazhuang Railway Station takes a high-speed train through the city’s urban core and functions as a major transport hub connecting Shijiazhuang to surrounding regions and major cities such as Beijing, Guangzhou, and Shanghai.

As a heavily industrialized area, Shijiazhuang is facing serious environmental consequences from rampant industrial expansion. It continually ranks among the cities most impacted by air pollution in China and faces risks of worsening smog and weather storms. In 2016, pollution levels exceeded 500 AQI (air quality reading) far above the safety level of 150 AQI. Dangerously high particle pollution matter has had serious health implications for urban residents causing concerns for the long-term well-being of the city. This problem is particularly severe in winter, when many households burn coal in their heat furnaces.

Yuhua is a district within the city of Shijiazhuang, and it exemplifies the city’s challenges connected to rapid growth. Thirty years ago, Yuhua was only a fringed village, but today constitutes an inseparable quarter of Shijiazhuang’s urban core. Being a newer part of the city, the district strikes to excel in both economic and sustainable development.  However, the competition with other cities, the scarcity of municipal resources, and the on-going environmental degradation have limited Yuhua’s social and environmental transition progress.

The district still largely relies on attracting industrial investment as engine of transformation. This dependency brings uncertainty to its development, when many other similar cities and districts compete for limited green and innovative enterprises.

Being a second-tier city, Shijiazhuang is short of high-level research institutes and high-tech programs. The proximity to Beijing makes it harder to attract skilled professionals, as most of them prefer to live and work in the metropolis.

The city invested in a multi-year urban redevelopment plan which leads to a large expansion of transport corridors, to land use restructuring, housing construction, and the establishment of green areas. The city has also made major investments in eco-mobility, e.g. extending bicycle lane infrastructure and increasing public transport capacity in connection to a city-wide subway system. Even though Yuhua District is not yet directly served by these subway lines, extensive electric bus routes and a shared bike program carry its citizens the “last mile” of their destinations. 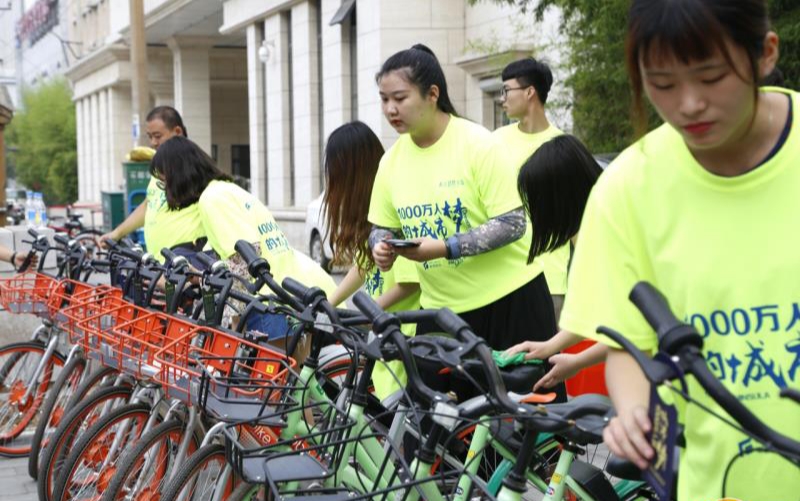 Understanding that new industries and entrepreneurs are the key drivers for innovation, Yuhua District simplified its administrative process and uses a “single window” system to attract and prioritize targeted investments in tourism, finance, tech services, creative industry, and green industry. Designated departments or personnel will directly support the establishment and registration of innovative green businesses. The municipality also facilitates international conventions in order to invite foreign investments and promote its local businesses. Through private sector partnerships on green technologies, Yuhua District has been able to improve its water treatment facilities, as well as environmental monitoring such as dust control.

Even though the reading is still behind Beijing and other world standards, current efforts of combating air pollution aim to reduce PM2.5 down to an average of 72 μg/m3. Addressing this challenge, Shijiazhuang City has set up comprehensive industry-wide measures, including industrial facility upgrade, emission compliance reinforcement, peaks offsetting, diesel regulations, and factory relocation to achieve yearly 4.5-5.5% reductions of PM2.5.  Another major cause of air pollution lies in coal burning in residential households. While law enforcement is one critical measure, Yuhua District understands that regulation compliance goes hand in hand with changes in the way of life. While following the overall campaign in China to turn coal-based to gas-based heating, Yuhua’s local implementation plan is more proportional and progressive, allowing low income families to have enough buffers for the heating energy transition.

Like its peer Alliance members, citizen’s health and well-being are among Yuhua’s key concerns and objectives. While not being specific on the metric, Yuhua District’s “happiness index” aims to improve social security, public education, health, sanitation, elderly care as well as community cohesion. The municipality utilizes an online platform and mobile applications to deliver smart services to its business and citizens. Being a relatively small municipality, Yuhua District strikes to mobilize its flexibility to leverage limited resources, distribute benefits fairly, and still achieve sizeable impacts.