The city of Gelsenkirchen is part of the Ruhr region, Germany’s largest conurbation of coal mining, steel production and electricity generation. During the industrial era, Gelsenkirchen was one of Europe’s major coal and steel cities and earnt the name “City of the thousand fires”, referring to the many small fires in the steelworks.

Before the first coal resources were discovered within today’s borders of Gelsenkirchen in 1840, the area had a rural, agrarian economy with a population of only 7,000. Follwing the discovery,  industry quickly settled in Gelsenkirchen. Coal mining started in the 1850s and  radically transformed the area. Gelsenkirchen became a large industrial city and was temporarily Europe’s most important mining city with almost 400 000 inhabitants. In the 1870s, steel production also started in the city.

But the surge in heavy industry left an ecological mark on Gelsenkirchen which is still felt today. The dust emissions from coking plants, steel mills and coal fired power plants led to a dramatic deterioration of air quality, making it impossible to dry white laundry outside without it getting dirty again during this period. As a result, lung cancer rates increased sharply in the late 1950s. The goal to restore “the blue sky above the Ruhr” marked the birth of environmental policy in Germany. Almost three decades later after partial deindustrialization, as well as numerous legislative efforts on both national and local levels and billions of euros invested in filter technologies, the air quality in the Ruhr region finally reached an acceptable level by the end of the 1980s.

With the rise of oil production after World War II and the emergence of new overseas competitors, the region’s coal, iron and steel sectors came under heavy pressure. Overall Employment in these sectors fell dramatically from 650,000 in 1960 to 73,000 in 2006. With a high dependence on the traditional industry sectors, the crisis hit Gelsenkirchen specially hard.Since 1960, Gelsenkirchen has lost more than 30% of its population. In mid-2018, when unemployment rates in Germany reached an historical low after reunification (5%), the figure for Gelsenkirchen (though decreasing) remains high (13.4%).

Almost three decades of economic decline in the coal and steel sectors produced a large number of industrial brownfields in the city, many of them large in size and heavily polluted. Because the city fabric grew with and around these sites, they are centrally placed and well connected to road and railway infrastructures. In many cases, ownership of these sites was transferred from industrial companies to the North Rhine-Westphalian state development corporation, an entity specialized in the clean-up and redevelopment of the contaminated industrial areas.

The history of the industrial boom periods is still present in both today’s urban fabric and the collective identity of the region. The mentality of residents -particularly of the older generation- is marked by a proud solidarity with miners and steelworkers and a strong public spirit. Looking towards the future, city planners and entrepreneurs in Gelsenkirchen have created architectural landmarks by restoring and reusing shaft towers and other mine buildings. These redvelopments  serve as a reminder of the city’s past but are also symbols of a new start.

Gelsenkirchen’s housing market is relatively weak with both low homeownership and rent levels. This makes it difficult to encourage owners to invest in energy efficiency renovation of the building stock which is is urgently needed.

Gelsenkirchen needs to take further steps to shift to clean and renewable energy. However, industrial areas in the northern part of the city still rely on fossil-fuels and limited influence on heat and electricity supplying companies remains an obstacle for the city.

Gelsenkirchen has energy-intensive industrial hotspots in the north as well as a series of major highways that cut through the city. This  contributes to high shares of carbon emissions and transit and freight traffic , worsening local noise, air quality and climate-related problems.

Previously known as the “city of 1,000 fires”, Gelsenkirchen is now moving towards a clean energy city. The conversion of a former coal-powered steel plant site into the Science Park Gelsenkirchen in the 1990s presented the starting point for this transition process. 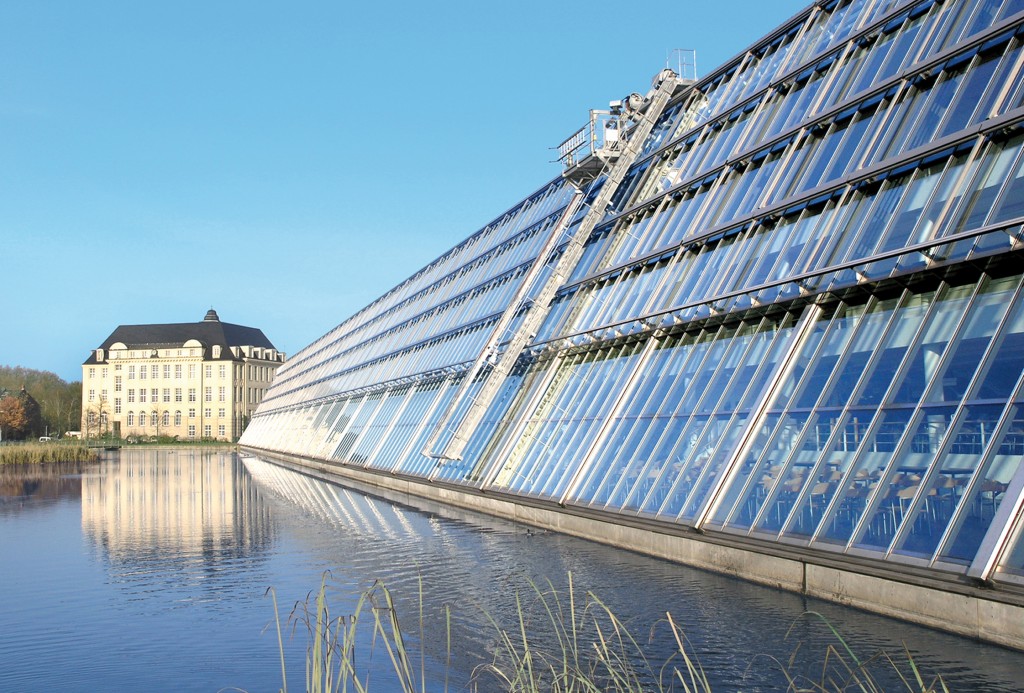 Structural change in the city is particularly pursued through numerous measures in the area of education policy. Gelsenkirchen considers education as the key for sustainable development. In September 2017 the UNESCO awarded Gelsenkirchen with the Learning City Award 2017 for the sustainable development in the area of education and lifelong learning. The role of education for the sustainable future of the city becomes also evident in their 2030 vision. The transition towards becoming a “learning city” helps to provide the much needed strategic tools for the socio-spatial development of the city.