Pittsburgh’s identity is rooted in its legacy as a steel city. Once an industrial powerhouse – producing steel, iron, brass, tin and glass – the city suffered a severe economic decline in the late 20th century.

Decades of de-industrialization, suburbanization and an urban-regional economic slowdown led to an economic recession in Pittsburgh in 1982-83, which saw unemployment surge and led to rapid population loss. As a result, municipal services became strained due to a reduced tax base, aging infrastructure and inefficient transport networks.

The city’s industrial history also presented enormous environmental consequences. Due to intense industrial production and coal-use, the city began to suffer from air and water pollution, dangerous levels of smoke in the atmosphere and poor waste management. The early onset of environmental challenges arising from industrial emissions led to Pittsburgh becoming a pioneer for environmental protection policies. Pittsburgh’s first Clean Air Act in 1950 was a precursor to the nation-wide Clean Air Act which emerged in the 1970s. Pittsburgh was one of the first local governments in the United States to measure greenhouse gas emissions.

To revive economic vitality and create opportunities for residents, Pittsburgh needed to focus on innovation, an attribute that is foundational to Pittsburgh’s identity. Embracing the opportunity to transition to a new economy, the city has re-emerged as a leader in clean technologies, healthcare, education and innovative manufacturing. The city has also made considerable investments in the renewable energy sector. Today, the number of jobs in renewable energy in Pittsburgh outnumbers the combined employment in the coal, oil and natural gas sectors. The city is also a leader in the green buildings movement, with hundreds of LEED certified developments.

Pittsburgh is committed to solutions that work for all citizens. However, opportunities arising from the city’s urban transition projects still don’t benefit all residents equally.

Reliance and belief in fossil fuel industries in Pittsburgh is prohibiting the city from taking a bold step away from unsustainable economic growth to fully invest in a greener and renewable future.

In recent years, Pittsburgh has advanced a number of ambitious environmental and climate actions. The city has pledged to move away from coal and has launched its Climate Action Plan 3.0 which focuses on advancing energy efficiency, increasing renewable energy generation and developing smart energy device design and manufacturing. Ambitious goals include 50% renewable energy use by 2030 and 80% less GHG emissions by 2050. The City has also put in place a Green First Plan in collaboration with the Water and Sewer Authority. The Plan aims to reduce the impacts of combined sewer flows caused by storm water and expand the use of green and natural infrastructure across the city. Pittsburgh has also begun to address its long-standing stressors and risks and prepare for future shocks through its ONEPGH resilience strategy.

Pittsburgh’s environmental strategies are intertwined with its plans for economic growth. Urban redevelopment has seen the City turn former industrial sites into parks and build new green developments along the riverfront. New sustainable industries are now driving economic growth, with jobs in clean technology among the fastest growing sectors. Pittsburgh’s population has high educational attainment with 31% of residents holding a bachelor’s degree. The City has been pursuing new strategies focused on the future of work and developing policies that encourage cradle-to-career learning. 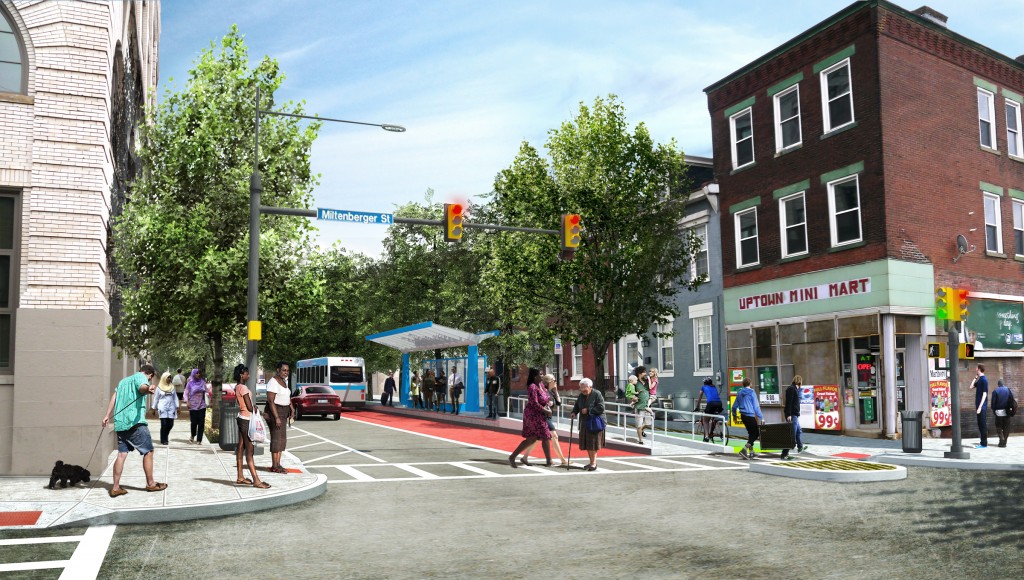 A leading urban transition project is Pittsburgh’s first EcoInnovation District. The initiative plans to combine environmental renewal strategies with initiatives that spur economic growth and job creation in the neighborhood of Uptown/West Oakland. The plan, which focusses on community-scale sustainability and integrates new energy and mobility innovations, will act as a model for development which can be replicated in other local areas and cities.

The future vision for Pittsburgh’s ongoing urban transition is one that places residents’ health and wellbeing at its center. The City is committed to making fairness and equality the foundation of its changing economy, which will be defined by continued exploration. Investment in sustainable solutions, clean technologies as well as circular and resource-efficient methodologies of urban development will be what shapes Pittsburgh’s next chapter. 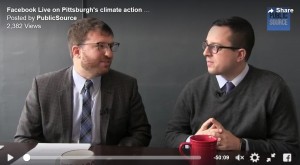